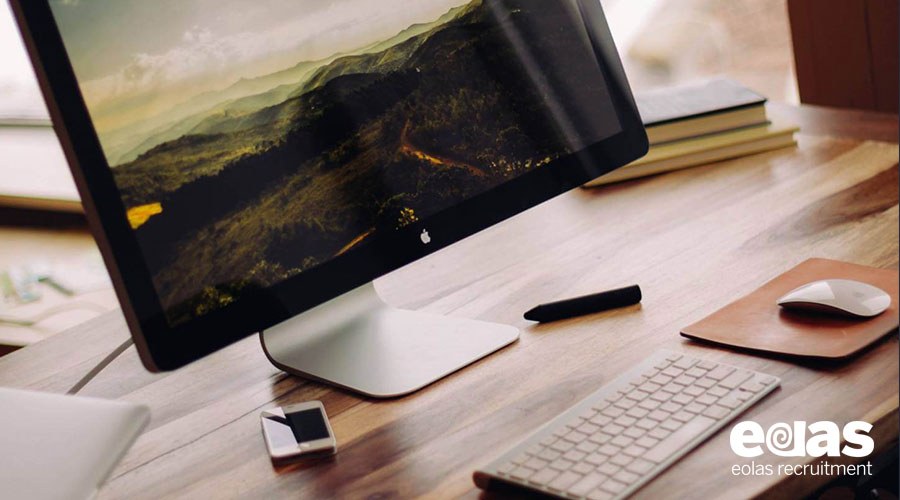 The skills that are most sought after among employers in Ireland have been listed by Linkedin Corporation.

Cloud and Distributed Computing topped the list for the second year in a row – it was also the most in demand skill globally.

The annual list by the world’s largest online professional network is developed by analysing all of the recruiting activity on LinkedIn since January.

– Cloud and Distributed Computing (no change)

– Web Architecture and Development Framework (up three places from 2015)

– Network and Information Security (up one place from 2015)

– Mobile Development (fell one place since 2015)

Demand remains high for tech skills because they are no longer confined to the tech industry and are needed in nearly every industry and county in the country. 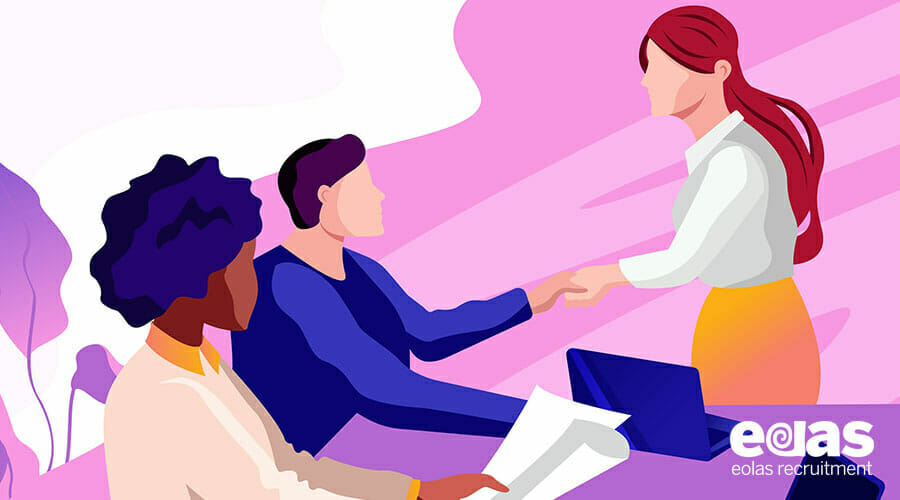 Employers: Why use a specialist recruitment agency?

Choose wisely and these benefits will increase over time as the recruitment agency’s knowledge of your business deepens. Benefits of using recruitment agencies For large organisations and SMEs, particularly those in technology and knowledge... 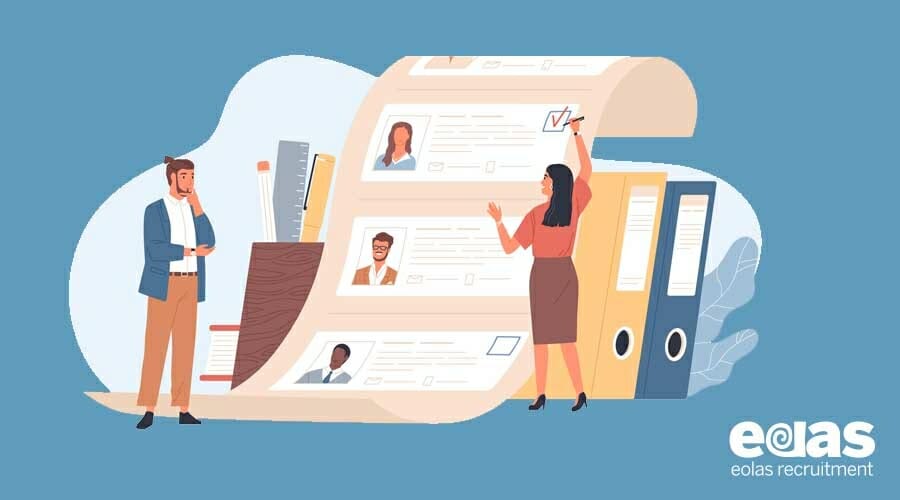 Registering with a specialist IT recruiter. What are the benefits?

There is no shortage of opportunities for IT professionals in Ireland at present however it can be difficult to know where to start when thinking about applying for a new job. A good way to get to grips with the market is to register with a... 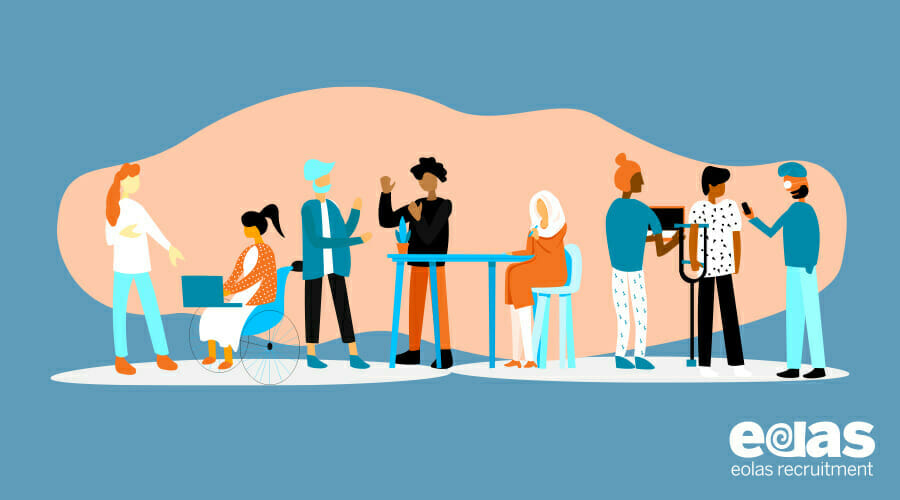 Diversity, Equity and Inclusion in the Tech Sector

“The perceived fairness of how a company treats its workforce—how inclusive it is and whether it values diversity—can be the deciding factor when candidates are choosing between potential employers,” says Eolas Recruitment Senior Technical...

I was with Caroline on securing a position with a tech company.The job specification on the position was clear. I was also able to get a salary range the position offered and not "competitive salary" answer.The company I applied for was a bit slow at getting back. Eolas followed up with what the delay was and kept me up to date with what was happening.Got interviews: YesGot Job Specs: YesGot Salary Range: YesGot Position: YesThomas

Tom Walsh
16:22 08 Dec 22
I had a great experience working with Peter Kirby and Caoimhe Cronin at Eolas. They are very professional and very communicative. I received supports and adviceseach step through the whole process. I would highly recommend Eolas. Thanks a million!

Wei Duan
18:50 22 Nov 22
From the initial discussion about my role through, the vetting, onboarding and right through to the invoicing and payment process the experience with Eolas has been first rate. Luke helped me highlight the items on the CV that the client was looking for and Stephen gave me solid advice about how to invoice in Euros from a UK company. Stephen advised me to open a euro account. Advice which I initially ignored...at my cost...the Royal Bank of Scotland creamed 4.6% of my first invoice! Next time I will listen to the voice of experience.

Tony Hasler
08:51 18 Nov 22
I had an incredible experience with Eolas and Peter Kirby. I was prepped for my interview and received regular updates throughout the process. By far, the best experience I’ve had with a recruiter and would thoroughly recommend.

Liane Mulvaney
18:56 25 Oct 22
I would highly recommend Eolas recruitment. Have been placed in a couple of roles during my career and have always found the team to be very competent, honest and efficient.

Barry Pimlott
15:04 24 Oct 22
Fantastic support received from Sean Prendergast. He went above and beyond to match my experience and interest to the role and company, gave me great preparation for the interview and kept me fully informed every step of the way. He was professional and personable, and I would highly recommend his services.

Katie O' Connor
15:19 21 Oct 22
One of the best recruitment companies in Ireland. Alan from Eolas helped me right from day 1 of my process and is even catching up with me after getting an offer letter. A big thanks to Eolas and Alan for their commitment in getting candidates the right job in top companies.

Dheeraj Shetty
16:49 20 Oct 22
My experience with Eolas was a fantastic one It was a pleasure dealing with Peter Kirby who was very professional. Throughout the interview process his advice and guidance proved to be extremely helpful. I received help preparing for my interview. I was thoroughly informed about what the interview was going to be like. I was also kept up to date with my progress after the interview. The turnaround time was phenomenal! I recommend the Eolas team to anyone searching for a new position.

Rowena Bisschoff
12:20 10 Oct 22
Peter Kirby from Eolas Recruitment has been a great help throughout the hiring process. He had contacted me for a potential opportunity and assisted me right from interview preparation to the offer confirmation. He was a great help for seamless communication with the company and clarified all my doubts in the timely fashion.

Shamali Naik
12:56 06 Oct 22
My recent experience with Eolas was excellent and refreshing. Nicola is a total professional and guided me through the interview process ensuring I was well prepared, following up after each stage and providing useful insight and tips. Best recruiter I have dealt with hands down.

Declan Cox
07:28 28 Sep 22
it was a pleasure engage a new Job with Eolas Recruitment, Nicola Byrne assisted me a quite accurate. she did her job in transparent mode for me. the communication was fluid between both ways. Eolas is highly recommended.

Aldo Franceskini
22:00 27 Sep 22
Stephen is a dedicated, professional and efficient consultant. He provided exceptional support throughout the recruitmemt process.Thank you Stephen for an effortless process in acquiring my current contract. It has been a great experience.

Cristina Brescanu
18:47 26 Sep 22
My experience with Eolas Recruitment was absolutely excellent. I dealt with Caoimhe for the whole process and she couldn’t have been more helpful and supportive if she tried, from start to finish she was there to help me with whatever I needed be it tips or answering questions I was confused about or even keeping in contact with the employer for me, we regularly spoke on the phone where she made the whole process smooth and easy and I can not thank her enough for everything she has done for me. 12/10 service.

Ben Flood
15:29 16 Sep 22
Great experience working with Eolas. Pete was very professional and efficient from the first application until the final offer.

george lynch
08:04 14 Sep 22
I've had a great experience with Eolas and with their staff who are always keeping me informed and giving me professional advice. Specifically, Stephen Daly, who has always been kind and very patient with me as I started out on my new recruitment journey.

Maria Strozynska
08:35 08 Sep 22
I had a great experience with Eolas.I got help preparing for my interview. I was thoroughly informed about what the interview was going to be like. I was also kept up to date with my progress after the interview. Nicola kept in touch with me even after I started the job to make sure everything was okay.I would highly recommend Nicola :)

Amber Hayes
12:45 03 Sep 22
The guys at Eolas are really professional and the recruitment process is one of the smoothest and most communicative I’ve ever experienced. Caoimhe, Alan and Peter made landing a great role feel like a walk in the park. I definitely recommend!

santosh chougule
16:23 08 Aug 22
Very impressed with the people I’ve come across during the recruitment process! It was a great experience and I reckon Eolas Recruitment is undoubtedly one of the best agencies out there.

Jerin George
15:47 05 Aug 22
Peter Kirby provided me with excellent guidance, advice and communication throughout my recruitment experience. Ably supported by Caoimhe Cronin, any questions and follow ups I had were addressed promptly. Overall I have experienced a speedy and very pleasant experience with the Eolas team. Thank you all. I recommend Peter, Caoimhe and Eolas Recruitment for any recruitment needs.

Peter Sheerin
10:43 05 Aug 22
Incredible work, Sean found me a great job with all the criteria I had asked for, saw me through my interview and gave me some excellent tips on how to get the job and alas, I got the job! I would highly recommend this company to all my friends and family! Thanks again, you are all amazing!”

vipin yadav
09:50 05 Aug 22
Stephen Daly was a great agent to work with, extremely helpful while I was trying to on board on to a new contract while I was abroad on holiday. Eolas’ support after contract start was also spot on.

kennymclean1975
19:15 04 Aug 22
My experience with Eolas has been excellent. The team maintained constant communication throughout and the on boarding process was simple and straightforward forward.

Ryan Collins
17:22 04 Aug 22
My experience working with Eolas was and remains excellent. I had not contracted before, so they explained everything I needed to know and informed me of who else I had to contact within related organisations, to complete my preparation for and to facilitate the expeditious engagement of my first contract. Stephen Daly walked me through my contract and all other related matters, their online personal account and documentation system is excellent. Stephens support and communications were always timely and absolute, no query was too large or small, all were answered quickly and comprehensibly. I could not recommend Eolas more, they are a completely professional, reliable and supportive oganisation and I am happy to remain with them going forward.

Derek Teehan
16:23 04 Aug 22
Eolas has helped me get the rate i wanted with my client and land an excellent piece of work. I hope to work with them in the future

jimi cherian
15:26 04 Aug 22
Its been a real pleasure to work with Eolas recruitment. Caroline Gaughan really went above and beyond to support me through the process of securing a new role. I would highly reccomend them to anyone.

Nick Brophy
14:21 29 Jul 22
My experience with Eolas Recruitment was great. I had the pleasure of dealing with Caroline Gaughan who guided me through a lengthy interview process. Caroline was very responsive during the entire process right up to and after the job offer, making sure I had everything I needed. Everything was handled on my behalf. I would highly recommend Eolas Recruiting. Thank you for all your help.

Shay McGee
13:58 29 Jul 22
My experience with Eolas has been excellent. Stephen Daly and Ciara O'Dwyer provided a great service to ensure I was well supporting in applying for the role and further support when I was onboarded. Great work!

Kate McAree
08:51 13 Jul 22
Dealt with Nicola, she was very professional and helped me secure a job in a new company. Would recommend.

Add Eolas Recruitment to your Android deviceInstant access to the latest IT jobs.

Add Eolas Recruitment to your iOS deviceInstant access to the latest
IT jobs.

Open Eolas in Safari to install to your iOS deviceInstant access to the latest
IT jobs.

Add Eolas Recruitment to your mobile deviceInstant access to the latest
IT jobs.