Eolas are Proud Sponsors of this Year’s Paris2Nice Charity Tour 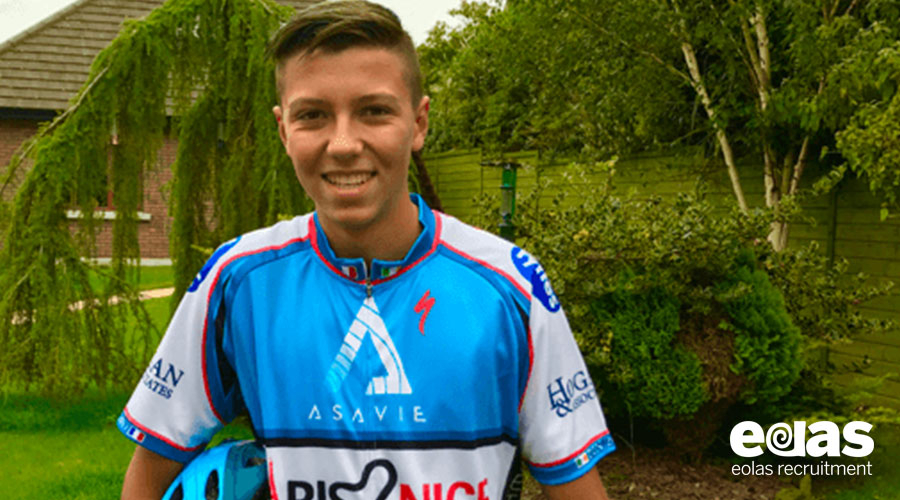 Eolas, recruiters for some of the best IT jobs in Ireland, are proud to support Paris2Nice, a cycling tour commencing on Saturday 16th September.

This six-day tour takes cyclists on a scenic tour of some of France’s most beautiful locations, while ultimately testing their fitness and raising thousands for charity.

We are overjoyed to be one of the main sponsors for such a fantastic cause. Paris2Nice not only provides a sense of achievement for those who participate in the tour that covers 700km but aids a number of local and international charities through the fundraising efforts of the cyclists. On average, each fundraiser accumulates €9,000 for their chosen charity and in the last six years, cyclists have raised over €3million for a number of charities. The hope for the future, according to the Paris2Nice administrator, Cynthia O’Mahony, is that the trip will continue to collect impressive figures for charities across the globe each year.

This year’s Paris2Nice tour has 15 charities listed for fundraising, all chosen by the cyclists participating in the tour. These are as follows:

Cynthia was kind enough to join us for an interview to discuss the upcoming tour and all the work that goes into organising such a fantastic trip, so all our readers can all gain a better understanding of Paris2Nice and why we had to get involved!

Tell us more about the Paris2Nice organisation:

Cynthia: “Paris2Nice is a not-for-profit organisation, and our only reason for being here is to facilitate the cyclists to be able to go on the trip and fundraise for charity.

“There are two directors of Paris2Nice, Tom Kennedy and Denis O’Reilly; they are the ones who started the Paris2Nice organisation. The cause is also run with the help of our chairperson Paddy Holahan, and the three of them volunteer their time.

“Paris2Nice started in 2011, Tom and Denis participated in the event that was originally organised by Special Olympics. They realised that this could be an event where people fundraise for whatever charity they want to, and not just the Special Olympics, so Denis and Tom took over. At that stage, Special Olympics wasn’t involved anymore because it is a lot of work to organise a cycling tour, especially one that’s not in Ireland.

“By 2013, everyone could sign up and fundraise for whichever charity they wished. This is how it started off, with the original cycle from Paris to Nice still in place, and the cause built up from there. Our aim is to recruit as many people as possible and raise as much as we can.”

Cynthia continues by telling us the itinerary for this year’s event: “We generally do the same route each year, and it may change for weather conditions, but it begins with everyone flying to Paris on the Friday and then on the Saturday, we start to cycle. The first day we cycle is a distance of around 125km, taking us from Paris to Montargis. Day two we go from Montargis to Nevers, which is around 145km, and then on day three, we cycle from Montelimar to Carpentras which is a shorter cycle, around 90km. Day four we go from Carpentras to Aix-en-Provence; on this day people can cycle the infamous Mt. Ventoux if they want to. The tour then goes on for two more days, so, from Aix-en-Provence, we head to St Maxime. We are very grateful that triple-crown winner Stephen Roche normally joins us in the morning in St Maxime for the last day of the cycle and cycles alongside all the individual groups as we cycle into Nice. Normally, everyone has their friends, family and supporters come in to meet us at the finishing point, and the tour is finalised with photo opportunities and a dinner.”

How can people get involved and what are the reasons why they should?

Cynthia: “In January, we start to recruit. You can register online or come to one of the free information evenings at the beginning of the year. One of the main reasons to get involved in Paris2Nice is that we are very inclusive. We are not an elite sporting event by any means. We have people of all age groups, shapes, sizes, and fitness abilities join us and want everyone to be involved in cycling. We have even had people join us that haven’t ridden a bike in years. If you are completely new to cycling, we will bring you out on a bike and introduce you to everyone, stay with you and help you build up your fitness level. We also organise safe cycling sessions with coaches here in Ireland so you can become more confident in cycling. In that respect, it is a really wonderful event for people. It’s a way to make new friends because it gets you out of your normal routine, and everyone is so welcoming.

“Another reason to get involved is because we take fundraising to a new level. Prior to going on the trip, you must have raised €3,000 for your favourite charity. Everyone pays for their own trip in its entirety including the flights, but in addition to that, they have to achieve the minimum fundraising amount.

“We really push the fundraising, and the nice thing is that groups of strangers, fundraising for the same charity, meet and become friends. This wouldn’t have happened without Paris2Nice, and that is lovely! As a participant, you get a new level of fitness, new friendships and raising a lot for charities around the world.

“From an individual basis, I know that Paris2Nice has been life-changing for so many that have taken part in it. Alumni give back to the event. Once you have taken part, you stay involved, and that is why it’s important to the people of Ireland and across the globe because you get involved in your local community and improve your fitness at the same time!”

What is your hope for the future of Paris2Nice?

Cynthia: “My hope for the future is that it continues year on year, raising a lot of money for charity. Also, we want to get more companies involved in bringing teams together, through a team-building and corporate fundraiser option in one, and that the companies match the money that their employees have raised.”

Our contribution to Paris2Nice helps to provide the cyclists with a host of jerseys that advertise the cause and the charities they are supporting, as well as all the administrative costs involved with organising a tour of this magnitude. The cyclists will wear the Paris2Nice jerseys, shown in the featured image, for the first and last days of the tour; while on the second day, they will sport a jersey with the name of the charity that they are fundraising for.

Commenting on our contribution, Cynthia stated: “Eolas is a great sponsor of ours this year because they are one of our main contributors. Our sponsors are invaluable to us because they make it more than just a bike ride. Eolas has helped us immensely; their money has helped to cover our administration costs to help this year’s event run.”

If you are feeling inspired to take part next year, we recommend taking on board Cynthia’s top tips:

If you want to keep up-to-date with the Paris2Nice tour, be sure to keep an eye on their dedicated Facebook page; as well as follow our blog this month because we will be reporting on the tour after its completion. Lastly, we would like to thank Cynthia for her time and wish all of the cyclists who are taking part in the tour the best of luck with their last fundraising events and the tour itself!