Computer Programming: Which Language Should You Learn? 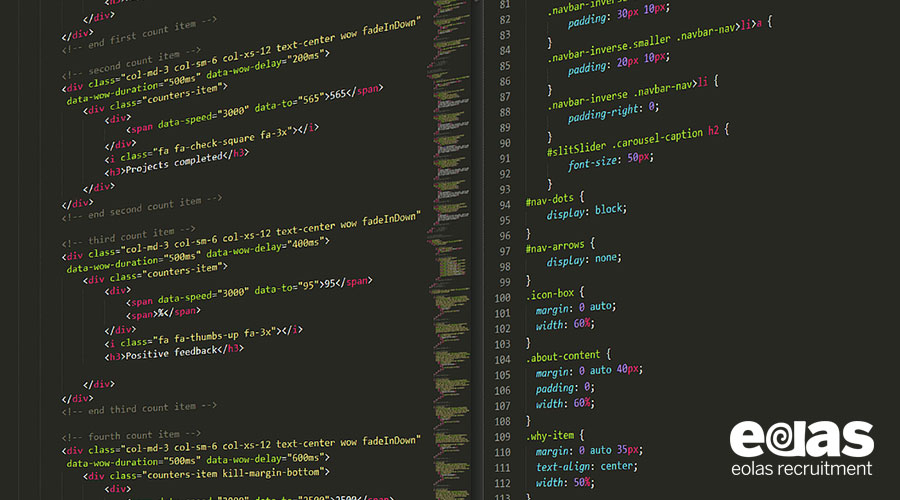 Anyone who is looking at a career in the tech world will be aware of the primary skills required to gain employment, and one of the main skills in a number of these jobs is programming.

When it comes to the world of programming, there are many different languages you can learn. But which one is the best?

That can be quite an open-ended question, as there can be other factors that influence what you use, such as the industry you work in and the currently “in-demand” language, for example.

But if you are someone just starting to look at programmer jobs, which language is the easiest one to learn? A recent survey questioned nearly 1,000 programmers (two-thirds male, one-third female) to compare the different languages.

They were asked a number of questions about a variety of languages to determine the best ones for certain goals, as well as the easiest and most difficult ones for someone to learn. Here is what they said:

While considered to be the most versatile programming language, it was agreed that C++ was far from the easiest one to learn. It grew by about 20,000 job postings in 2016 and is now seen as the fifth most in-demand programming language. Many beginners say that C++ is harder to learn than dynamically typed languages like JavaScript or Python.

Speaking of Python, the language was voted as the second easiest to learn and continues to grow in popularity, becoming the third most common language based on job postings.

Python is a general-purpose programming language which places an emphasis on increasing developer productivity and code readability, used for data mining and web and desktop apps. Its increase in popularity saw Microsoft launch a beta version of its Cognitive Toolkit open source deep-learning framework which included support for Python.

Java and C were both noted for their versatility, but JavaScript took the crown for the most creative language. This isn’t overly surprising as JavaScript is an open-source code that combines Java, C and C++ functions, which allows programmers to select the language that works best for them. It was also voted as the third easiest language to learn.

JavaScript is currently listed as being the fourth most in-demand language due to how versatile it is, although it is used mainly as a client-side, dynamic scripting language for front-end development. It is used in over 90% of all webpages and compatible across all browsers

HTML takes the top spot for the easiest language to learn, with programmers ranging from one to 20 years of experience stated it was the language they are most comfortable using. As the core of many websites, it is seen as the simplest language for those who are just getting started.

According to job descriptions, SQL (Structured Query Language) increased dramatically year-on-year, with job listings including it in their description increasing by nearly 50,000. It’s not clear if this is entirely due to more SQL jobs available in the market or it’s a change in how job listings are being managed, but SQL seems to be a leader at this moment in time.

SQL is used to communicate with and manipulate databases and is extremely common with multiple variations such as Microsoft SQL and MySQL. Microsoft SQL Server 2016 was released last year and proved to be very popular, introducing new features to make the language more open-source.