What are the Best Coding Languages? 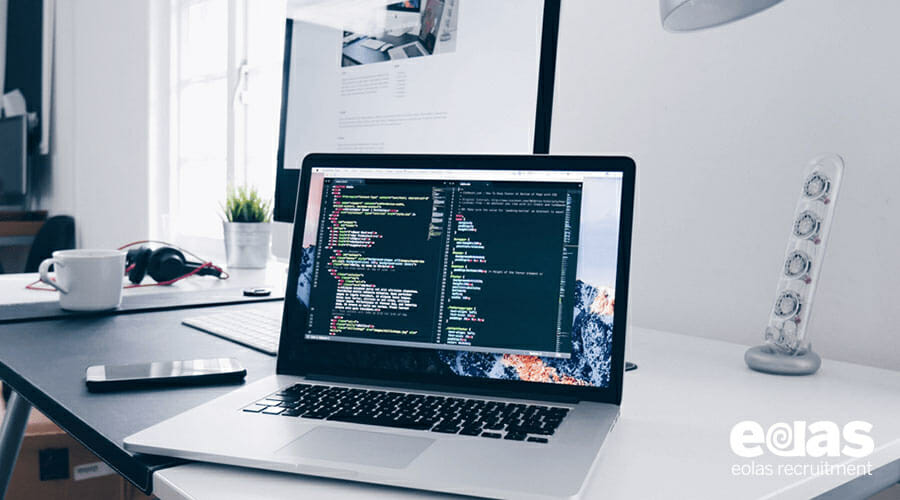 With boot-camps taking place all over the globe covering intensive syllabuses, and introductory lessons available for children of school age to discover the basic principles of what it means to develop programs, learning to code is more accessible than ever.

If you’re wondering where to start, we’ve already covered a range of coding-related subjects, including the fundamental functions of each language to help you decide which language you should learn in a blog that you can find here and why many developers are opting for C# over C++ here. However, if you’re asking the question, “which is the best coding language?”, then we are here to break down potential industry fields and which language would be most beneficial to learn.

Deciding which language is the best for coding is subjective and also depends entirely on what you are using it for. Developers of applications for iOS might prefer Swift, whereas those who are executing databases with Oracle could perhaps favour SQL. With such a wide variety of languages in existence, all covering a range of different purposes, deciding which is best is a difficult feat.

Stack Overflow, the largest online community offering support and information for programmers, conducted a survey quizzing over 64,000 developers about how they code. When asked for their opinion on a range of topics, the responses gave insight into how different professions favoured different languages. However, when looking at the range of careers people questioned were involved in, the results showed that they were primarily Web Developers.

When analysing the results, the clear winner of the most widely-used language was Javascript, with 62.5% of people asked using the language, and SQL, Java, C# and Python completing the top five.

Javascript, not to be confused with Java, is a text-based programming language that needs to be run as part of a web-based application. Designed to integrate with HTML, it is one of the three core technologies of World Wide Web content production and can be used to make interactive web pages and online programs, including video games.

There are many bonuses of learning Javascript when working as a Web Developer. As the technology is free and requires no installation or configuration, it is easy to teach yourself the basics of the language, and as it is used on nearly every webpage, the front-end advantages that the language offers means that developers with experience coding Javascript are more in-demand than ever.

Lastly, Javascript can run several different sets of instructions at the same time. This loop functionality means that when an event is triggered in the browser, information is stored by Javascript runtime. The stored information is then saved for instances when a call-back function exists, allowing Javascript to execute the next time it is required. Overall, this results in applications being able to handle multiple operations on a single thread, allowing freedom for the operator from additional programming of all the different application states.

Globally, it is predicted that 2.5 billion people own and use smartphones daily. So, in this highly competitive market, it makes sense that there is an increased call for Mobile Developers. Creating apps to be used on one of the many different mobile interfaces, these applications can be either pre-installed on phones during the manufacturing process, downloaded at a later date or delivered as web applications using a server-side processor.

Specialising in mobile technology, Mobile Developers can create applications for a host of different platforms, most notably Apple’s iOS and Android. Thanks to the differences in the interfaces, Mobile Developers primarily focus on one platform and learn the accompanying language.

When creating applications to be used on iPhones, the general-purpose, object-orientated programming language, either Objective-C or Swift are the best options. Based on the C programming language, the syntax is similar to that of C++ and C#, so is perfect for people with experience coding using either language. Although Objective-C is slowly being replaced by the updated Swift language, both work well when developing for Apple. However, if you’re looking to start developing applications with no prior experience, then Swift is the language for you.

As one of the fastest growing coding languages worldwide, it can also be run on Linux. In addition to this, thanks to its easy to navigate interface, Google is considering making Swift its first-class language, replacing Java. If you’re interested in learning more about coding for iOS, you can check out our blog for more information.

For Android, there is a wide range of languages that can be used to create applications. Python and PHP are both popular choices for developers; however, Java is the most commonly used language for Android applications.

As the official language for Android, Java is supported by Android Studio and has support offered by Google for those choosing to go down this route. The Android Studio is the Integrated Development Environment for the operating system and has a wide range of helpful materials to get you started, and Google documentation relating to the production of software will reference the IDE.

There is an extensive list of potential programming languages that can be used for software development. However, the most widely used language is Java. When beginning to learn to code, it is important that you focus on the sort of software that you will be developing. Choosing a language to code in that is uncommon and difficult to navigate will not only unnecessarily confuse you but also may not apply to the type of work which you wish to do. Browse the internet and look out for information on how the software you wish to develop is coded to gain a greater understanding of which language is best for you.

Here at Eolas Recruitment, we have a wide range of C#, C++, .NET and Java jobs in Ireland, which are perfect for anyone looking to use their coding skills in a working environment. Get in touch today via our contact page here or by giving us a ring on 012866666 to find out more information.