My Dublin City Centre based client is recruiting for a Ruby on Rails Developer to join their existing team. They would also be interested in Python Developer this role is on a permanent basis.

Their platform is being used by large organisations across a number of sectors and is helping deliver strong ROI for the end user.  With an increase in the number of contracts won they are seeking an experienced software developer to join their team.  Ideally the candidate will be familiar with Ruby on Rails, but my client would be interested in speaking to good Python developers too. 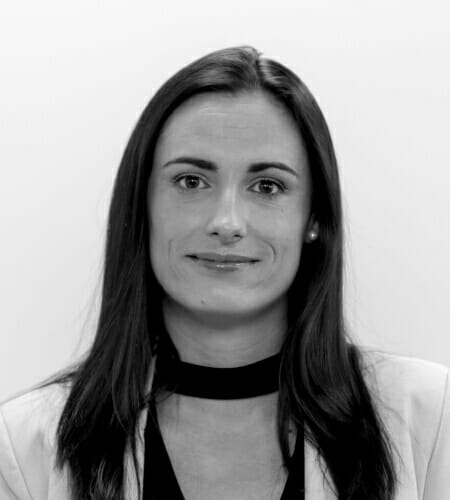 If you are interested in this role, then please Apply along with your updated CV and I will be in touch with you to discuss your application in more detail, otherwise feel free to connect with me by whichever medium you are most comfortable with be that Linkedin, Email or Telephone. Remember we have limited our site to a maximum of 200 Jobs so if this Role is not a 100% match to your requirements please be sure to connect with us as we will most likely have another role which you may find more suitable.

Not what you're looking for?

If this isn't the job for you then why not reach out to one of our consultants today and send us your CV so we can find the one that is?

Reach out to a Consultant Upload your CV 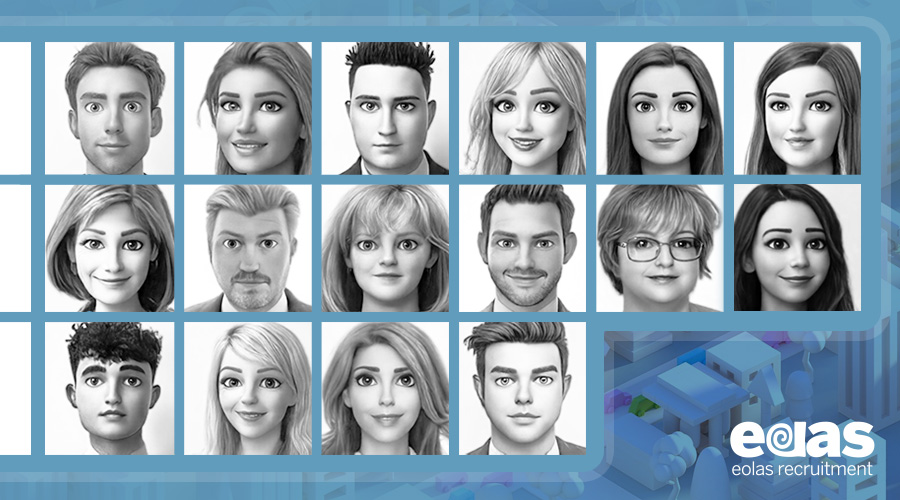 Recruitment in the Metaverse 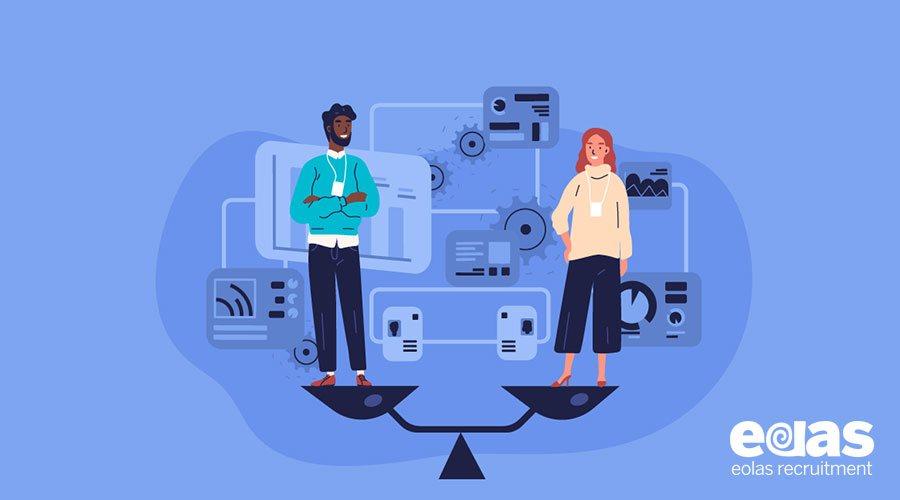 Demand for tech workers is currently close to an all-time high as companies push ahead on projects held back during the first wave of the pandemic, according to Eolas Recruitment Principal Consultant Stephen Daly. Although hiring for IT roles... 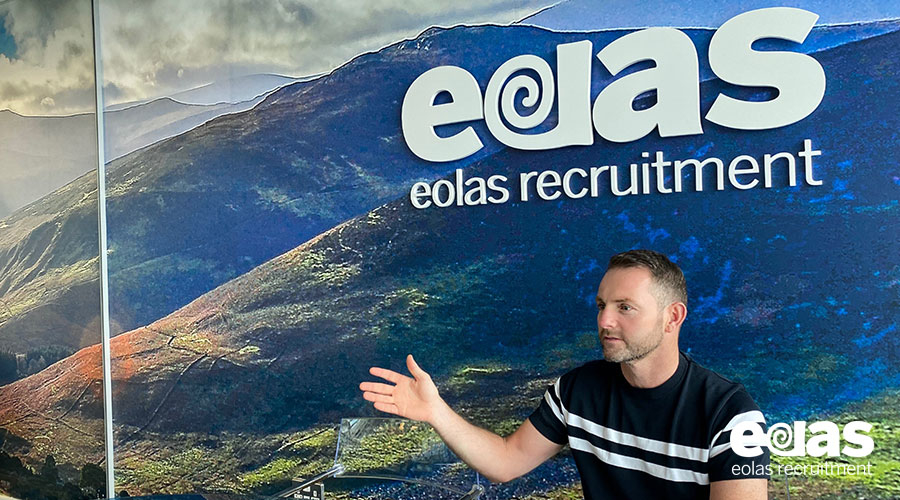 We asked Eolas Recruitment Senior Consultant Peter Kirby what advice he would give to tech workers in Ireland who might be planning a career move in the coming months. To what extent do you think the trends highlighted in Microsoft latest Trend...

Stephen from Eolas recruitment provided me a great opportunity which was unexpected, he was very professional and also reached out to me via phone calls even when I was not in the country. He timely scheduled my interviews and calls with himself keeping this process streamlined. I received a job offer for a consulting role and I highly appreciate the efforts made by Stephen on this.Kudos to Stephen and Eolas recruitment

aaishwarya sahu
08:42 20 Jan 22
Stephen Coleman was really helpful and I was able to secure a great job with his assistance. Thanks

Martin Manonym
15:00 17 Jan 22
I would highly recommend Eolas Recruitment to anyone looking to change jobs. Nicola reached out to me regarding a role she had and set up an interview. She gave me a huge amount of information regarding the company and advice on preparing for the interview. I luckily landed the job!! Huge thanks to Nicola for all your help!

Edel Kelly
16:49 13 Jan 22
I had a really pleasant experience with Eolas. Peter Kirby contacted me with an opportunity that was perfect for my profile. During the entire process he and his colleague Caoimhe Cronin were super helpful, constantly checking in and keeping me updated. Thank you both for helping me take the next step in my career.

Nathalia Gaspar
12:13 13 Jan 22
The team in Eolas is very supportive and professional. They have helped immensely from setting up the interview till my onboarding with my new employer.

Avtar Singh
12:02 12 Jan 22
Had the pleasure of dealing with Stephen Coleman in Eolas. His professionalism and hunger to help me find work was excellent. He understood what I was looking for and was back to me within the day with, what he felt would be a great fit.Turns out he was spot on! I went through a number of interviews for my current role and after each interview he called to see how it went and to get my feedback.I would have no hesitation in recommending Stephen and Eolas to anyone looking to work with a recruitment firm.

Ralph Uhlemann
09:37 05 Jan 22
All services were professional, accurate and fast. Nothing to add more apart from my big surprise.

Roman Kolyesnik
12:27 03 Jan 22
Very professional organisation who have well established relationships with many international companies and Irish public bodies. I discovered they were well regarded by the companies that they deal with. Plenty of support provided for interviews for set up as contractor. Always seem to have a selection of interesting contracting roles.

Una Murray
20:09 21 Dec 21
Stephen at Eolas really looked after me and helped me to an amazing opportunity. I felt that Eolas had my interest in mind and went the extra mile for me. Very happy.

Silas W
17:12 21 Dec 21
I've used a few recruitment agencies and by far Eolas Recruitment has been by far the most helpful and professional I've come across.I was never waiting long to hear back about any queries I had and always quick to provide feedback when required. It was very informative and Nicola was a great help through the whole process.

Kunle Arogundade
10:37 21 Dec 21
Brilliant experience with Eolas. Sean Prendergast contacted me with an opportunity. It was a smooth experience from that moment until the end when I landed the offer. Sean swiftly responded to any doubts or concerns I had during the process; made sure everything was transparent and unambiguous all the way through. I would happily recommend Eolas Recruitment for new career opportunities.

Joseph Fernandez
09:07 21 Dec 21
Steven and Ciara were both very helpful in the process of securing a contract. I found them to be friendly, professional and have great communication.

Chris Kwong
17:08 20 Dec 21
I've had the pleasure in dealing with Stephen and the team at Eolas for a number of years now, both as a contractor and hiring manager. They are very professional, responsive and take time to listen and understand your role requirements. The advice and support provided by Stephen in a recent interview process really helped me secure the new role.I would highly recommend using Eolas if you're looking to change jobs or hire someone.

Eddie Carey
10:48 20 Dec 21
I am more than happy to recommend Eolas Recruitment.They have assisted me in finding a new role in a very professional, caring and personal manner.The support in the complete end to end process has been exceptional.I would definitely recommend Eolas to anyone looking for a top class recruitment company.

Declan Buggle
14:59 17 Dec 21
Had the pleasure of working with Caroline recently in regard to a new job opportunity. Caroline was professional, attentive, responsive and always kept me up to date through out the application process. Always checking in to see if I needed anything before interviews and following up after. I never experienced this level of support from a recruiter before. It was a lovely personal touch. I highly recommend working with Caroline and Eolas.

Julie Helena Walsh
14:49 17 Dec 21
I have been working database related contracting jobs with Eolas for a good number of years now. All well done from their end, with no waste of time: Each single interview arranged by them always lead to the next contract - they have always picked the right jobs for what I can do, and they kept me away from what I cannot do. All paper work done immediately. All my questions have been answered straight away. Warmly recommended!

Antun Mulanovic
14:39 16 Dec 21
COVID lockdowns in Ireland and the UK might have made the enrolment process more challenging. It didn't! Even a last-minute change to the contract was seamless. Good communication and a simple yet precise set of instructions.What I look for in an employment agency is an invisible partner where everything just works. No trauma. No excuses. Just a bunch of people who know what needs to be done.

Iain Liston
13:45 16 Dec 21
I would highly recommend Eolas Recruitment. Sean reached out to me with a role that turned out to be a perfect fit. He knew all the right questions to ask and information to give to establish if the role was right for me at the very start. I found Sean honest, knowledgeable and professional from start to finish, making the process that bit easier. It was a pleasure dealing with Eolas and I would be more than happy to use their services again in the future.

Tara Seery
22:15 15 Dec 21
I was actively looking for and interviewing for a Product role and luckily I heard from Eolas recruitment on one of the product role that they were recruiting for their client. I applied for the role and I finally got it, now into the role one month, I am really enjoying my work and I am so thankful to Eolas for bringing me a right career opportunity at my door step, Eolas recruitment team worked with me at every stage of the interview process and made the experience very positive and seamlessly smooth. I definitely recommend their team and I look forward to working with them in the near future.

Charul Singh
21:08 05 Dec 21
I worked with Stephen and Eilis on a contract role and they both were really helpful in providing enough information about the project and the client, keeping a pulse along the way and gave blazing fast feedback. Was a breeze experience overall. Highly recommend.

Aleksandr Ilarionov
15:40 30 Nov 21
Worked with Sean Prendergast to secure a new position. Extremely professional and supportive every step of the way. Was a pleasure to work with.

Denise
15:35 09 Nov 21
Super prompt, effective communication, transparent and guiding, is what comes to mind while summarising my experience with Eolas Recruitment.It is rare to come by recruitment consultants with a genuine drive to ensure the candidate and the role (vacancy) are a perfect match. I had the pleasure of being guided by Peter Kirby and Caoimhe Cronin trough the hiring process for EY. I see my connection with Eolas to be a longterm and collaborative engagement.

Janak Sheth
10:15 04 Nov 21
Stephen helped me recently to obtain a key contract placement. The engagement process was handled seamlessly, from initial contact through to post-placement follow-up calls.Stephen's professionalism and engaging approach ensured a really good experience for me.

Tom O'Brien
14:36 03 Nov 21
Stephen and Ciara could not have been more responsive and professional to me throughout the recruitment process. From day 1, they were honest and thoughtful and I would highly recommend them.

Kevin Dooley
14:15 03 Nov 21
I have gotten my last two contract roles with Eolas. I found them to be friendly, professional and really helpful.I dealt with Stephen and Peter who both really helped during the lead up to the interview and also checked in during the bedding in process. I would highly recommend.

Paul Nolan
12:39 03 Nov 21
I just got my job with Sean Prendergast of Eolas recruitment. Sean is very professional and helpful during the process of interview. Thanks so much again for your hard work, Sean and Eolas recruitment!

Zixuan Li
18:12 27 Oct 21
Had a great experience working with Peter. He helped me land my first job in Ireland! Would definitely recommend to anyone who needs help finding a job. Peter was very responsive, and made sure to always check in with me if I had questions or he had any updates on jobs I had applied or interviewed for. Not all recruiters take the time or put in the effort like Peter did. 5 stars all around!

Julia Goodwin
14:50 27 Oct 21
Eolas recruitment were excellent. Caoimhe and Peter were in regular contact throughout the process and were very helpful and professional. Highly recommend them.

Edel
14:35 27 Oct 21
Excellent recruitment process and best recruitment staff ever. Stephen and Ciara could not have been more helpful to me in getting my next IT job. The staff were extremely helpful and responsive throughout the entire process from the beginning to the end. I would highly recommend them.Thank you

Add Eolas Recruitment to your Android deviceInstant access to the latest IT jobs.

Add Eolas Recruitment to your iOS deviceInstant access to the latest
IT jobs.

Open Eolas in Safari to install to your iOS deviceInstant access to the latest
IT jobs.

Add Eolas Recruitment to your mobile deviceInstant access to the latest
IT jobs.